This past year I have been studying via the American Tap Dance Foundation’s Teacher Training Program and am now the proud holder of a level 1 certificate from them. It has been a wonderful, eye-opening, rhythm-fest of a year and I have to say I am a better dancer and teacher for it.

I stumbled upon this program a little by chance. I was trawling the internet looking for a program, a pedagogy, something that would truly ground me in the type of tap I teach. You see, I live in Europe, I grew up in the UK syllabus-regimented world of tap…and when I stepped foot into the American world of tap, one thing became painfully clear, the syllabus was woefully under-preparing and under-performing for the greater world of tap.

Initially, this realisation was quite depressing because percussive dance had always been my strongest genre. When I competed I won my most awards for percussive forms as I competed both tap and heavy shoe Irish, and I wish I had been given the chance to truly challenge myself back when I was in my dancing prime. However, as I have always approached anything related to dance in my life, I realised that this was an opportunity for growth and so I strode forth into the rhythmically wonderful world of American tap, the tap I teach: rhythm tap. I wanted the chance to go back to its roots and gain a more pedagogical understanding of the form, and that’s when I found the ATDF website and a curriculum which would provide just that.

Almost two years ago now, I set to and applied for their level one training. I spent my Christmas holidays in the studio choreographing and videoing the necessary application materials, and I applied early to take advantage of the discount because transatlantic flights and NYC accommodation in addition to the fees was no small sum. And then shortly after New Years 2018, as I was sitting down to dinner with my husband, I received an email that had me dancing round the dining table, I had been accepted, and the tap was on.

The ATDF Tap Teacher Training (TTT) Program is delivered in two parts, a week’s intensive in NYC, and a year of mentorship and submission of assignments over the year following. I believe it is this setup which sets the program apart. We can all go to festivals and take class, but the lessons are usually delivered to the teens in the room, and the focus is normally on some combo (although some festivals are now providing a teacher track, yay!). And while taking class is always good, it rarely digs teacher-deep into technique, or composition, or teaching methods. This program provides that (but don’t confuse it with a festival, there are no prizes for being the best or fastest dancer in the room).

The level one intensive is seven days in New York. In that time you start most mornings taking technique class with the one and only Barbara Duffy. Her technique classes improve your technique but are also a demonstration on how to teach technique so that your students understand it. My advice to anyone who joins the program is— take notes. Much of the teaching in the program is not an overt ‘lesson’, it is learn through experience and by example. Barbara is also responsible for teaching the repertory which forms the basis for the curriculum. In  2018, the year I took my level one, this involved learning five repertory works, but this year I noticed that had reduced that to four works. This probably because the level one is aimed at teaching beginner students and the BS Chorus, although it is a fundamental piece of historical repertory that everyone should know, is too challenging for beginning students.

The whole level one teacher training is based around the repertory works which form the Copasetic Canon. In my year these works were: the Shim Sham, the Coles Stroll (the Walk-Around), the BS Chorus, the Copasetic Soft Shoe (my favourite) and Bill Robinson’s Doin’ the New Low Down. The Canon works off the idea that these dances can be broken down to core ideas and steps which provide the basis for a thorough grounding in rhythm tap technique, knowledge and understanding. There are sessions on composition through Copasetic repertory helping you to create your own exercises which scaffold towards achieving bigger goals.

In addition to your technique and repertory classes with Barbara you delve into music concepts, and more specifically jazz music concepts, with Susan Hebach; introductions to improvisation and tap history with Margaret Morrison; as well as approaches to beginning technique with Thelma Goldberg; and music games for beginners with Toni Noblett. Beyond that you’ll also get a master class with the one and only Brenda Bufalino working on the Soft Shoe as well as some of her own exercises and a talk on composition aided by footage with open class discussion.

This year (2019) they even expanded the program so that there were master classes with other faculty which included Karen Callaway Williams and Lisa La Touche. I do not know what they worked on together in level one as this year I was studying level two (look out for a break down on that in the future).

In addition to this, in level one you also have one private lesson with a faculty member to work on your personal goals within the dance. One on one time just to work on you—heaven!

After the week intensive you are then followed for a year by a member of faculty. You are matched with them after completing a questionnaire to gauge your teaching population, your work environment and your work load. You are then assigned the faculty member who best matches your requirements. I was matched with the wonderful Barbara Duffy (I like to think this is because we are both awesomely fun people). During the year following the intensive you complete a number of assignments and submit them by video for feedback from your mentor. They are related to your abilities, your teaching, your composition and the abilities of your students based on your teaching.

This part is almost more important and rewarding than the intensive because you get one-to-one attention on all these areas of your teaching and dancing. I am sure that the significant progress I made this year was because of the mentorship. I received so many useful pointers and things to work on, think about, and reflect on that it was impossible not to come out better for it.

I would definitely recommend this program to anyone looking to round out their knowledge, build on their foundation, and get a solid understanding of rhythm tap technique, repertory, and history. The program clearly focuses on using and uncovering the rhythm tap concepts which are embedded in historical choreography. These works are then used for creating a foundation of exercises which are ready to use, as well as providing you the skills to create your own exercises, and the ideas you need to consider in order to do this. The ATDF TTT gives you the skills to continually move your students forward by progressively building on their skills so that your students enjoy continued success on their tap journey while developing the full range of abilities essential to a tap dancer. In addition, the program provides you with a list of study materials which if used effectively can give you an even better basis for your knowledge. This includes history book recommendations, and jazz study ideas. Your mentor for the year is also an invaluable source of knowledge, so I encourage anyone who does sign up to the program to take advantage of them! Got a question? Do not wait around, ask them. In my experience they are always happy to help, no matter how trivial the question may seem to you. If it is something bugging you about tap, they will be happy to help.

Level one is obviously the start of a program which so far has three levels and now added for 2020 has an additional course called Rhythm Tap is Music which aims to focus greatly on music, composition and the improvisational skills needed to teach rhythm tap. Level one is the beginning of a deeper journey into more complex ideas. If you already know the works then you’re lucky, you’ll probably have more time to process the incredible amount of knowledge which is thrown out constantly. I wish I had known them all, it would have allowed my brain a lot more time to process everything and retain a lot more of what was given to us in all the different sessions. This year I felt like I retained a lot more of what I was taught during the intensive because I knew what to expect, knew what I needed to take down in my notes, and knew how to approach the intensive in general.

I got a lot out of the course, but I think to get the most out of it you need to be open and receptive, you are not going to be spoon-fed the information in an overt way— you need to extract it out. Do not come in with a festival mindset either, everyone is equal in the classroom regardless of ability because we are all there to learn the same thing.

Next year’s course looks to be right up my street and what I want to work on next, so maybe I’ll see you there!

For more information about the program and application visit the ATDF web site here. 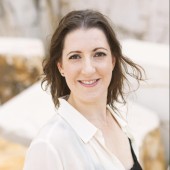 Hi, I'm Miranda and I am a tap dancer, tap dance teacher and all round lover of this incredible creative art form. I created this site to share my passion for tap and to help my Italian students read up on tap history in their own language so you'll find my content in both English and Italian. Please feel free to contact me if you have any comments, questions or suggestions.